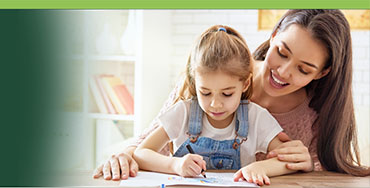 Please follow this link, CDC || Vaccines for Your Children, to see to home page of the fast fact references used to create this resource. The direct links to each fast fact can be found by clicking the disease name at the start of the paragraph about the disease.
CDC || Vaccine Information Sheets can be found by clicking this link, or by clicking the header of each vaccine/disease paragraph.
CHOP || Vaccine Education provides a complete, up-to-date and reliable information about vaccines to parents and healthcare professionals.

Diphtheria: Diphtheria is a disease spread through coughing or sneezing; 1 in 5 children with diphtheria dies. Diphtheria creates a thick coating on the back of the nose or throat from diphtheria that can make it hard to breathe or swallow.
Tetanus: Tetanus is a disease that cannot spread from person to person. However, tetanus bacteria are found in soil, dust, and manure and are commonly spread through breaks in the skin, including punctures, cuts, sores, burns, and animal bites. 1 in 5 people with tetanus dies, and those who recover often spend weeks in the hospital and months to recover fully. When the tetanus bacteria invade the body, they produce a poison (toxin) that causes painful muscle contractions. Another name for tetanus is "lockjaw". It often causes a person's neck and jaw muscles to lock, making it hard to open the mouth or swallow.
Pertussis (Whooping Cough): Pertussis is a disease that spreads quickly through the air when a person who is infected breathes, coughs, or sneezes. Nearly everyone who is not immune to pertussis and is exposed will get sick. 7 in 10 deaths from whooping cough are among babies younger than two months old. Pertussis is a serious respiratory infection (in the lungs and breathing tubes).

Polio: Polio is a very contagious disease spread through the stool (poop), coughing, or sneezing. Polio, or poliomyelitis, is a disabling and life-threatening disease caused by poliovirus. The virus can infect a person's spinal cord, causing paralysis (can't move parts of the body). Paralysis caused by poliovirus occurs when the virus replicates in and attacks the nervous system. Paralysis caused by polio can be lifelong, and it can be deadly. The risk of lifelong paralysis is very serious. Children who seem to recover fully can develop new muscle pain, weakness, or paralysis as adults, 15 to 40 years later.

Rotavirus: Rotavirus causes severe diarrhea and vomiting. It affects mostly babies and young children. Diarrhea and vomiting can lead to serious dehydration (loss of body fluid). If dehydration is not treated, it can be deadly. People who are infected with rotavirus shed the virus in their poop. If you get rotavirus particles in your mouth, you can get sick. Rotavirus can survive on objects for several days. It is difficult to spot its spread by hand washing or disinfecting surfaces. The best way to protect young children from rotavirus is to vaccinate them.

Hepatitis A: Hepatitis A is a serious liver disease caused by the hepatitis A virus. Children with the virus often don't have symptoms but pass the disease to others, including their un-vaccinated parents or caregivers. These individuals can get very sick. Older children, adolescents, and adults often feel ill, and symptoms can last up to 6 months. There is no specific treatment for hepatitis A. Hepatitis A virus is found in the stool (poop) of a person with the virus. It spreads when a person puts something in their mouth with hepatitis A virus. Even if the item looks clean, it can still have a virus that can spread to others.

Measles: Measles is a serious respiratory disease (in the lungs and breathing tubes). Measles spreads when a person infected with the measles virus breathes, coughs, or sneezes.
Mumps: Mumps is best known for the puffy cheeks and swollen jaw that it causes. Mumps spreads easily through coughing and sneezing. There is no treatment for mumps, and it can cause long-term health problems. Mumps can be dangerous. Before a vaccine, mumps was one of the most common causes of deafness and meningitis. Mumps can also lead to encephalitis.
Rubella: Rubella, sometimes called "German Measles," is a disease caused by a virus. The infection is usually mild with fever and a rash. Rubella generally mild in children. Complications are not common, but they occur more often in adults. Rarely, rubella can cause serious problems, including brain infections and bleeding problems. Rubella spreads when an infected person coughs or sneezes and touches objects or surfaces with unwashed hands.

Varicella (Chicken Pox): Chicken Pox is a disease that causes an itchy rash of blisters and a fever. A person with Chicken Pox may have 500 blisters. The rash can spread over the whole body. Chicken Pox can be serious, even life-threatening, especially in babies, adolescents, adults, pregnant women, and people with weakened immune systems. Chicken Pox spreads quickly, mainly when a person touches or breathes in the virus particles that come from Chicken Pox. It can also spread through tiny droplets that get into the air when someone with Chicken Pox breathes or talks.

Meingococcal ACWY/B: Meningococcal conjugate vaccine (MenACWY) vaccine protects against four types (serogroups A, C, W, and Y) of Nesseria meningitidis bacteria. Serogroup B meningococcal (MenB) vaccine protects against one type (serogroup B) of Nesseria meningitidis bacteria. Symptoms are usually sudden onset of fever, headache, and stiff neck. It can start with symptoms similar to flu and often cause nausea, vomiting, increased sensitivity to light, rash, and confusion. Meningococcal meningitis and bloodstream infections can be very serious, even deadly. The infections progress quickly. Someone can go from being healthy to very ill in 48 hours or less. Even if they get treatment, about 10 to 15 out of 100 people with meningococcal disease will die. Long-term disabilities from having meningococcal disease include loss of limbs, deafness, nervous system problems, and brain damage. Meningococcal bacteria spread through saliva or spit.

Influenza (Flu): Flu vaccines do not cause flu. Flu - short for influenza - is an illness caused by influenza viruses. Flu viruses infect the nose, upper airways, throat, and lungs. Flu spreads quickly and can cause serious illness, especially for young children, older people, pregnant women, and people with certain chronic conditions like asthma and diabetes. Millions of children get sick with flu yearly, and thousands are hospitalized. CDC estimates that since 2010, between 7,000 and 28,000 children younger than five years old have been hospitalized for flu each year int he United States. Children with chronic conditions like asthma, diabetes, and brain or nervous system disorders and children younger than fives years old (and especially children younger than two years old) are more likely to end up in the hospital from flu. Flu spreads mainly by droplets when people who have flu talk, cough, or sneeze, and these droplets land in the mouths or noses of people nearby or are inhaled.

Common side effects of vaccines

Vaccine side effects are very minor, especially compared to the diseases they protect against. Common side effects include, soreness at the injection site, fussiness, or a low-grade fever. These side effects can last up to a few days after the vaccination is given and are treatable.

Here are a few books our Pediatricians recommend to learn more about childhood vaccines: